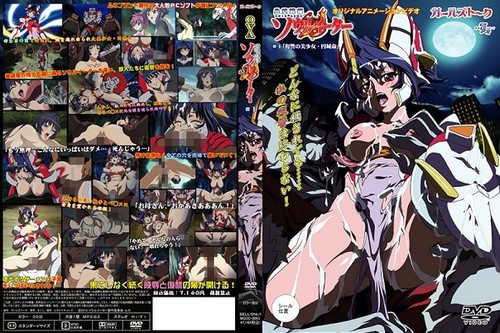 Ryusuke is about to be kidnapped by Kimaira, but his older sister, Misa, saves him in exchange of herself. He decides to save Misa, and looks for his company, and meets Mikoto. She was also attacked by Kimaira and lost her family. At this very moment, Byakko appears and attacks Mikoto. Mikoto transforms herself into “Soul Eater” and has a battle against it. But Mikoto loses and is raped. Ryusuke is depressed to see what is happening in front of him, but Mikoto already decides to take a revenge…